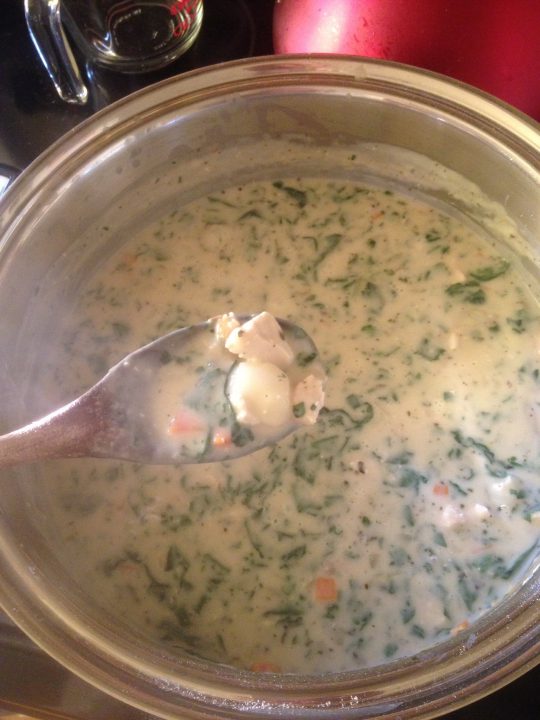 I do most of the cooking in the house just because I am used to it. I know the recipes and can make things efficiently, so it just makes sense, but I’ve been getting overwhelmed. I don’t want to do all the cooking. Because it’s terrible.

So last week I mentioned to my husband that I would like to split the cooking duties a bit. We agreed that he would cook two nights a week (with the hopes that someday he might even cook 3 or 4, but he doesn’t know that bit 🙂 )

We have a monthly meal plan, so we always know what we will be eating well in advance. He looked over the week’s menu and decided to make the two easiest meals. That’s totally cool because those are two meals I don’t have to cook. He ended up hanging out with a friend on one of the nights he was supposed to cook, so I did instead. I cooked Wednesday, then Thursday came around.

He had looked at Thursday’s meal at the beginning of the week, and I had asked if he would want to help me make it. He said no, but since he missed one of his meals, I asked him if he would at least try to make it. It’s a slightly complicated recipe, and it takes some time. If done right, it can be crazy good, but if it’s messed up, it can be really messed up.

It’s one of my favorite foods – Chicken & Gnocchi Soup (a copycat recipe of a soup at Olive Garden).

People. I just need to say something.

I HAVE THEE BEST HUSBAND EVER!

He didn’t just try to make that soup. He ROCKED it! Seriously. I am thinking about that soup right now, and my mouth is watering! 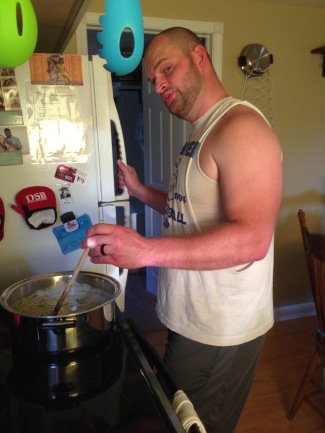 It was better than the original.

It was better than the time I made it.

It was the best soup I’ve ever tasted, and my husband made it! I’m so proud of him 🙂

I can’t remember where I got the recipe originally. It was somewhere online, but if you want to try it, here it is:

4 thoughts on “A Husband Who Cooks”