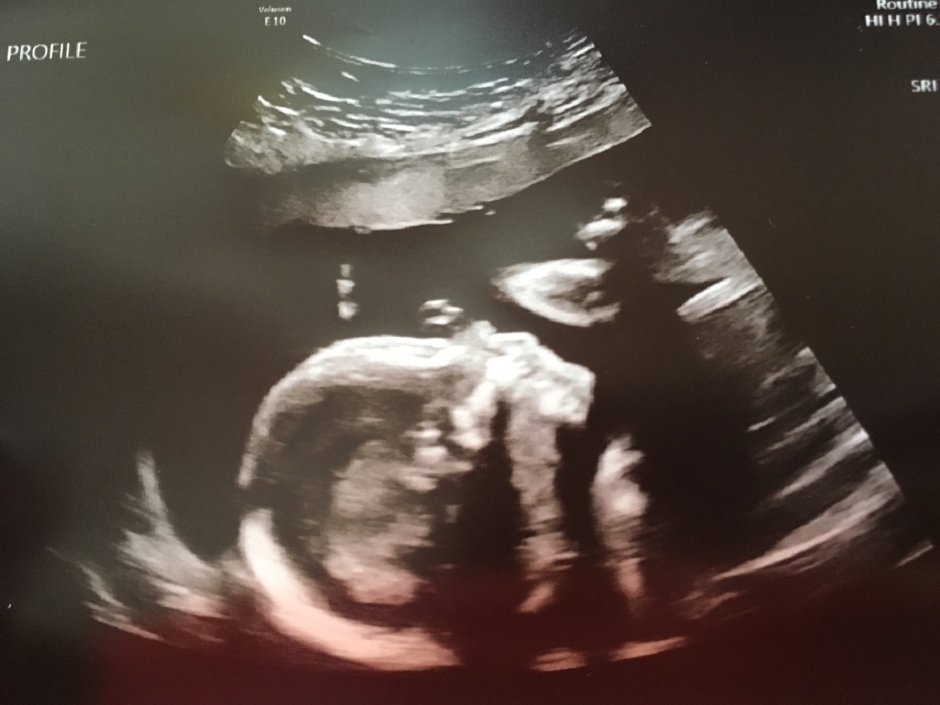 Yesterday marked 21 weeks already – over halfway! That doesn’t seem possible, but here we are. Jamin can feel the baby move now!

I have been completely blown away by the generosity shown to us by our friends from the early miserable weeks to now. We had our anatomy scan in Iowa City yesterday, and some friends bought us a hotel room 5 min from the hospital for Sunday night, so we wouldn’t have to battle the weather or cancel the appointment. I am so thankful for the people in our lives!

Jamin and I have prayed daily for this baby and that everything would look normal with my placenta and know that many others have also prayed for us. We were both excited to find out the gender, but we also knew this appointment would tell us if there would be complications with delivery if the placenta had implanted too deeply in my uterine wall.

It’s a miracle. The doctor said nothing looks abnormal with the placenta. He isn’t worried about any complications, and even gave us the option to deliver locally! We decided that going to Iowa City would still be best because they are the experts if anything does go awry at delivery. The chances of the placenta implanting improperly increase when there is any abnormal tissue in the uterus, and not even two years ago, my entire uterus was full of scar tissue, and even after the surgery to clear it out, the entire right side was still full, but God is a healer. The placenta is attached on the right/back side of my uterus and found healthy tissue to attach to! Thank you, Jesus!

We got some great pictures of the baby, and it was so cool seeing it move on the ultrasound screen and being able to feel the movement, too. The doctor told us that the baby looks great and totally normal! 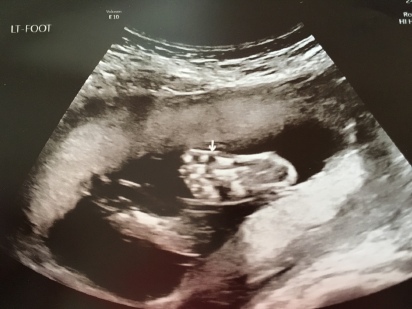 From the beginning, I thought we were having a girl. Jamin initially thought it was a boy, then switched to a girl.

Thankfully, my sister solved her puzzle to find out the gender last night, so we don’t have to keep it a secret…

We are excited to announce that it’s a boy! 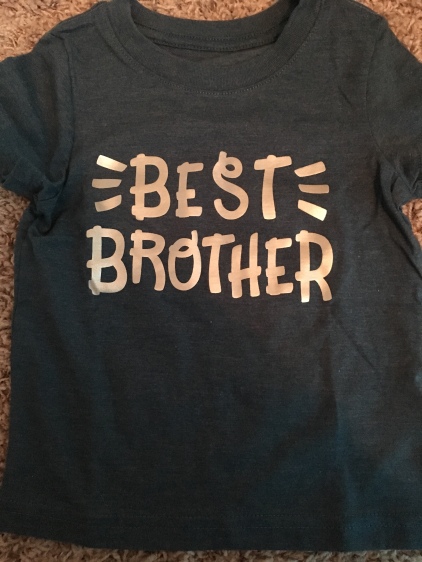 We still don’t have a name for him, yet, but it is so great getting to say, “him,” and not, “it,” anymore! It’s crazy to wrap my mind around having two sons now. We are so excited!

Jamin is going to get started on his room, and we will make a registry soon – both things we never got to do for his brother.

Thank you to everyone who has prayed for us, and, please, continue to do so in the months to come.

One thought on “Ultrasound Day! It’s a…”